Trends in the Jewish population

The declining religiosity of Americans is discussed a lot, but less attention is given to the shrinking and shifting of non-Christian groups. This graph shows that into the 1980s, Jews were just about the only non-Christian game into town. Jews as a share of non-Christians began to drop precipitously in the 90s, and is now under 50% (General Social Survey data): 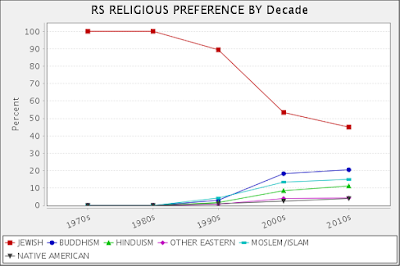 Of course, some of this is due to the immigration of non-Jews, or Jews dropping out of the religion, but the number of offspring for those ages 40-64 has been dropping since the 70s (with an interesting reversal in this decade): 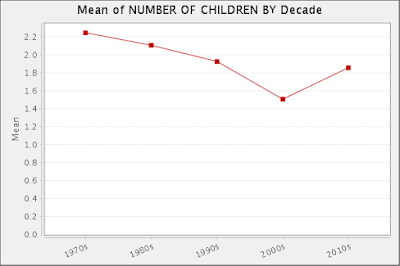 Orthodox Jews have helped fertility from falling further by having more kids than other Jews, especially in the last couple of decades: 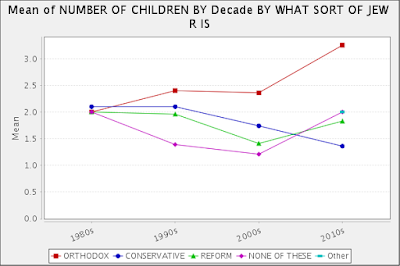 On the other hand, Orthodox Jews are a fairly small minority within the Jewish community, and those who are some "other type" of Jew are growing, and they tend have few children. 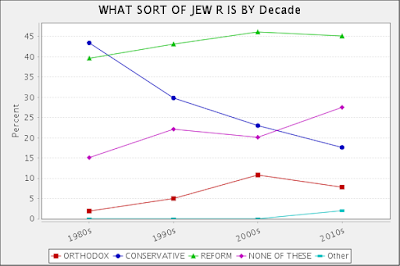