GSS data: Never-married men are _not_ wealthier than divorced men

In response to my claim that married people are, on average, wealthier than people in other marital statuses, a commenter on Twitter suggested that this kind of finding ignores the loss of wealth due to divorce, so it is not worth it to get married. The implication is that people who never marry should be wealthier than divorced people. Of course, we would need to adjust for age since wealth tends to grow as one gets older.

I did this using General Social Survey (GSS) data. Respondents were asked their wealth on a 15 category scale that went from less than $5,000 to more than $15 million. This first model is for men (n = 1,689): 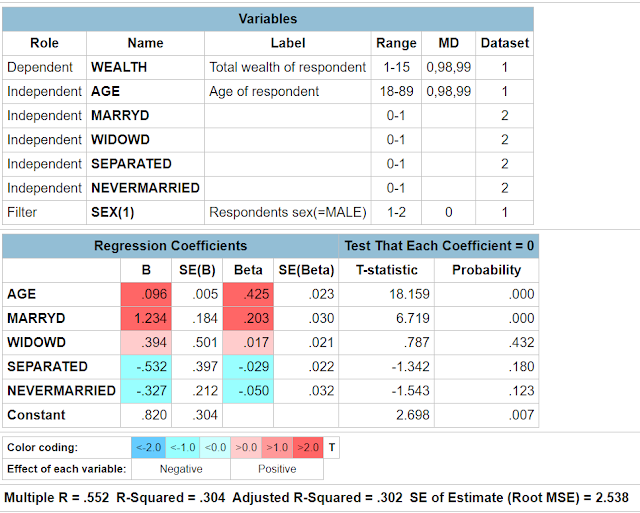 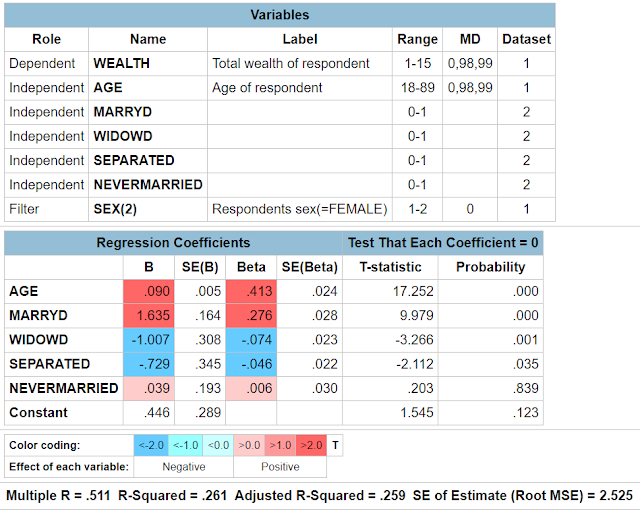 Bottom line: marriage is a good place to be.

New study finds that black Americans are 18% white, but the number varies by city

A small percent of whites have an allele that is associated with hemochromatosis--a hereditary disorder in which iron salts are deposited in the tissues, leading to liver damage, diabetes mellitus, and bronze discoloration of the skin.  This polymorphism is completely absent in West African blacks.  This is the kind of difference race deniers tell us doesn't happen.

In this new study, researchers estimated the European ancestry of African Americans using the frequency of this hemochromatosis allele.

The average white ancestry for black Americans was 0.180 for the whole sample, but it differed by city:

The proportion white of blacks living in Irvine is 1.8 times higher than for those living in Rochester, NY, so the variation is noteworthy. I don't see a clear regional pattern here.

The authors report that their findings are consistent with studies using other methods. They also found both paternal and maternal contributions of white American ancestry in black Americans.

I looked at General Social Survey data to see how much IQ has declined in the US since the early 70s when the GSS was started. I set whites...