Trump is generating turnout similar to Obama in '08 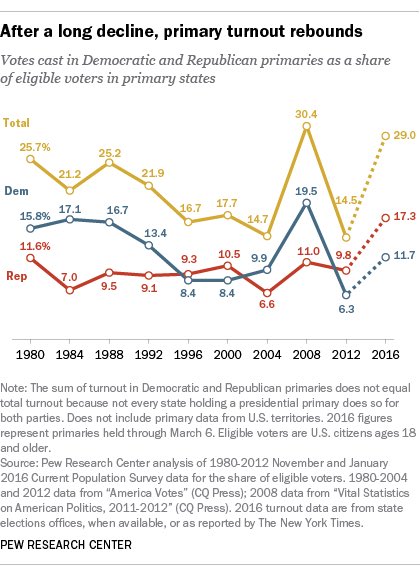 Great graph. The numbers this year are similar to 2008, only with the parties reversed. Like Obama did, Trump is turning out great numbers. (I've seen evidence that Cruz is turning out some of the increase as well.)  The 2012-2016 Republican increase is amazing. And Hillary are Bernie are generating numbers almost as low as McCain and crew in 2008.
at March 10, 2016
Email ThisBlogThis!Share to TwitterShare to FacebookShare to Pinterest
Labels: 2016 Presidential Race