Are attitudes changing on IQ and race? 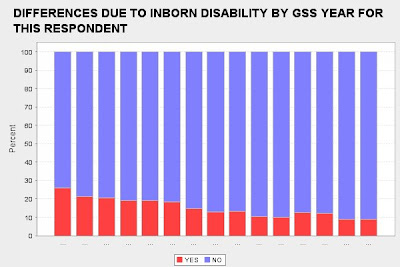 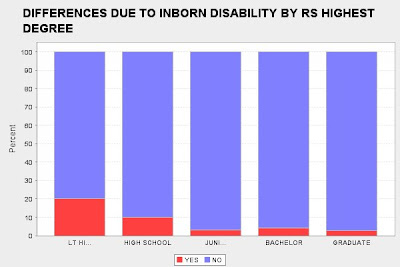 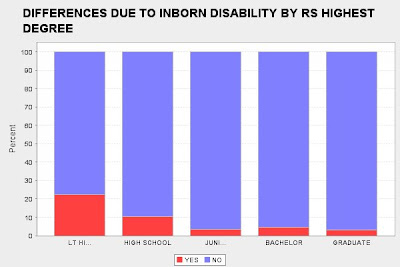 There's a great debate going on over at the American Scene over Jim Manzi's National Review cover article that cautions conservatives about embracing genetic research and evolutionary explanations of behavior.

As usual, I like to bring data into debates where possible. Manzi claims that genetic explanations are now winning the debate, and he cites all the gene studies we see reported in mainstream periodicals like Time and Newsweek.

And while it does seem to me that we are seeing more attention paid to the role of biology, I fail to see much progress in any "dangerous" areas like gender and poverty, and no progress with the real dynamite: race.

I'm not sure if Manzi is implying that Bell Curve thinking is becoming more popular, but I strongly suspect it is not. In fact, I doubt we've hit the bottom yet. Let's look at the data.

The General Social Survey asked more than 20,000 people between 1977 and 2006 if they think that blacks are poorer because they have less inborn ability to learn. The top graph above show a steady decline in those who agree with the statement between the years 1977 and 2006. The last two survey years--2004 and 2006--had the lowest percent agreeing in the history of this question--9. The Bell Curve and other related research have had zero detectable impact.

But the elites always take the lead in public opinion, right? The second graph displays acceptance of an inborn inability by educational degree. Only 2.8% of Americans with graduate degrees agree with the genetic idea, while 20.2% of high school dropouts do.

Have the highly educated at least improved in the least decade? The bottom charts shows the pattern for 1996. Only 3.2% of those with advanced degrees agreed, so there has been no change among this group.

Steve Sailer is right that trends in attitudes do not follow the research, and things will probably get much worse before they get better.

at May 24, 2008
Email ThisBlogThis!Share to TwitterShare to FacebookShare to Pinterest
Labels: IQ, Race