Reasons for the American fertility decline 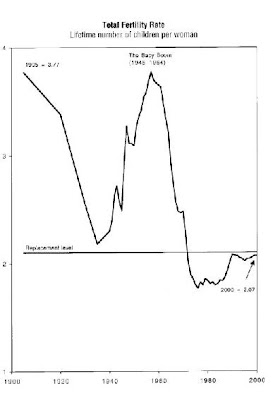 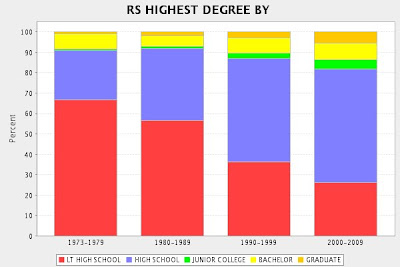 A reader in the post on Jews and white fertility argued that second-wave feminism is responsible for high levels of female education, which has been shown to be a strong predictor of low fertility. (By the way, the education-fertility pattern is not limited to the United States--it is worldwide). No doubt that many prominent feminists have been Jews, but feminism had little to do with the historical decline in fertility.

Demographers consider the Baby Boom to be an exception to a long-term decline in fertility. Of course, the movement away from the farm was a key part of the early 20th century decline (as children went from being economic assets to liabilities) but Jewish influence was not.

Even the post-Baby Boom decline can't be blamed on feminism. The 70s was the feminist decade, but the graph shows that birth rates started their dramatic decline in 1958. Women were getting educated and moving into the workplace in droves before feminists got a broad hearing.

I imagine some white nationalists might want to cherry pick Gregory Pincus out of the scientists who developed the pill, but it was not widespread until around 1965, seven years after the beginning of the decline. And any type of argument like this falters anyway because such developments have hurt Jewish fertility more than the fertility of others.
at June 13, 2009
Email ThisBlogThis!Share to TwitterShare to FacebookShare to Pinterest
Labels: Feminism, Fertility, Jews