How do we explain the trends in teen suicide?

The rise in teen suicide since 2007 was recently documented at Chateau Heartiste (CH). The increase was attributed to the humiliations of social media and the alienation of a diversifying country.

CH wanted to see a longer trend broken out by race, so I used CDC data to calculate rates for white teens going back to 1968. Trends had to be broken into periods. Here's the first from 1968-1978: 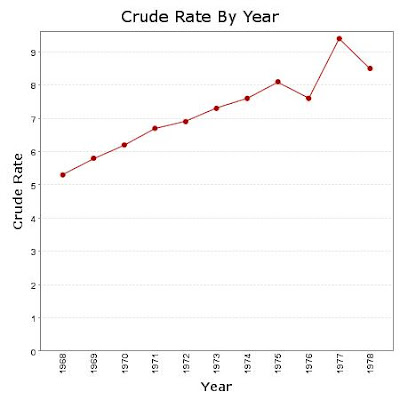 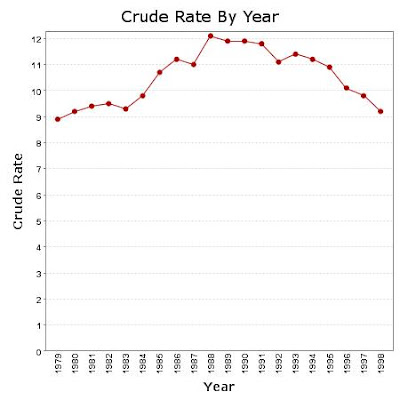 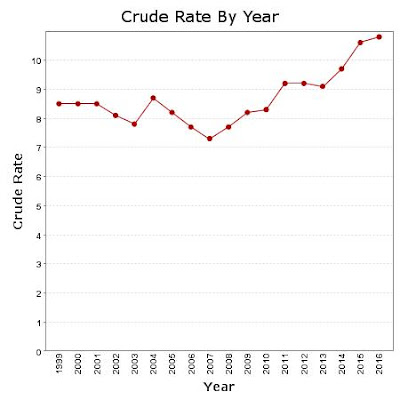 I doubt there are only a couple factors to explain these trends. Your ideas are appreciated. Drug use among teens was on the increase in the 70s, and it peaked around 1978. But it fell in the 80s while suicide kept climbing. Then it became to climb again around '93 and has basically plateaued  since the late 90s. Alcohol use has declined from the 70s to the present day, so drugs and alcohol don't seem to explain it.

I was working in a psychiatric unit in the late 80s, and many of the teens were Goth types. All the "rapid onset" teen transgenders were hearing about reminds us how important social contagion is for adolescents.

Gun availability doesn't explain it: While the number of guns per gun-holding household has risen over the past few decades, you don't need 10 guns to kill yourself. You just need one. The percentage of homes with any guns has drifted down.

I don't know enough about trends in treatment and prescription drugs to know if they explain the trends.

Divorce was on the rise in the 70s, but I don't know why suicide would fall during the 90s if family is so important.  Friends are obviously important to teens, and social media certainly seems important over the last decade, but I don't know what what going on to drive trends from the 70s to the 90s. Ideas?

By the way, over the entire period black teen suicide rate was much lower than for whites. Half as much. Like whites, rates rise in the 70s and 80s and peak later in 1994, then they fall but have jumped again in the last couple years, perhaps due to social media.

UPDATE: If we ignore the ups and downs, the big picture is that the white teen suicide rate in the late 60s was around 5 and by the late 70s and since it has been very roughly twice that rate. So something has happened to kids' lives over the past 45 years. HC talks about diversity. The country is certainly more diverse. Families are definitely messier than they used to be. Changes in treatment seem to have made things worse, not better. Social media facilitates humiliation.

One interesting change is sex. More teens have sex now than in the 60s, and liberationists tell us more sex means happier people. It actually seems to be making teens more miserable.


at September 24, 2018
Email ThisBlogThis!Share to TwitterShare to FacebookShare to Pinterest
Labels: Adolescents, Suicide