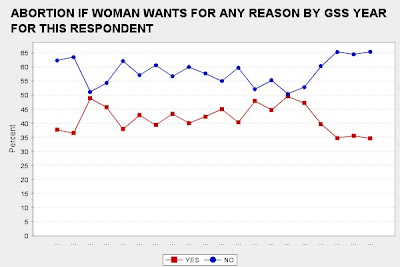 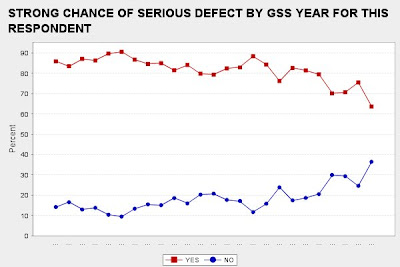 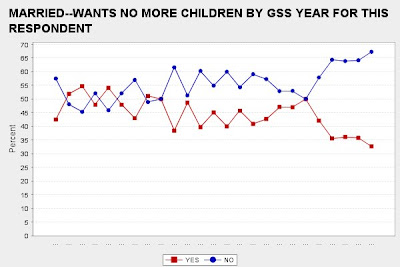 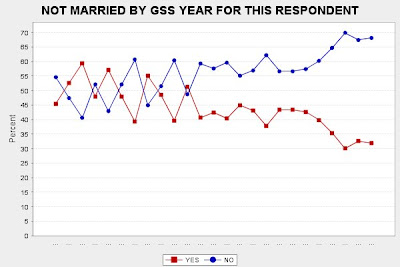 The question of the values of young people interest me since they indicate the direction in which the country is moving. The General Social Survey has been asking Americans about their attitudes toward abortion since 1972. I generated these graphs to show the trends in views of women ages 18 to 30 (yearly samples range from 110 to 250). Men of the same age group show similar trends, but the the pattern is a bit stronger for females. What we see is a basically flat trend (if you smooth out the wrinkles) until the mid-90s. At this point, feeling that abortion should be permitted begins to drop. This pattern holds for all the reasons given for an abortion.
So why are young people shifting toward more conservative values on abortion? Are they reacting to the excesses of their parents? We see a big drop circa 2000--are some young folks rejecting Clintonian sleeziness? Are evangelicals making inroads among this demographic?
Paleos dread Giuliani in the White House because endless war means more dead soldiers. Compared to hundreds of thousands of embryos and fetuses killed in cold blood every year, a few thousand guys who volunteered to die for honor and glory is small potatoes. Insider Republicans have already pissed little people like me off over issues of the war and immigration. Abortion is a vote determinant for quite a few voters (my mom doesn't give a damn about anything else), and people like me and an increasing number of young people are going to stay home or find another party if candidates like Giuliani are foisted on us.
at October 13, 2007
Email ThisBlogThis!Share to TwitterShare to FacebookShare to Pinterest
Labels: Abortion