Desire for revenge, not anger, helps explain why men are more physically aggressive

New from the Journal of Research in Personality:


Past research indicates that men are more physically aggressive than women, but very little research has examined mediators of this gender difference. Indeed, the only established finding to date is that one plausible mediator – namely trait anger – shows no reliable gender difference whatsoever. Drawing on sexual selection theory and social-learning theories, we predicted that revenge may mediate this gender difference even though anger does not. Three studies using both personality questionnaires (Studies 1 and 2) and objective laboratory measures of aggression (Study 3) provided support for this contention. The results provide some of the first evidence for a reliable mediator of gender difference in physical aggression.

And here their version of sexual selection theory is spelled out:

Sexual selection theory is the most prominent evolutionary explanation of gender differences in physical aggression. According to this theory, men are typically under greater evolutionary pressures to behave aggressively than women. Because women are sometimes unavailable for reproduction due to pregnancy, women are argued to be a more valuable reproductive resource for which men must compete. Men can do so by aggressively excluding other men from mating opportunities or by seeking to attract women. Evolutionary theorists have traditionally argued that men mainly seek to attract women by establishing a more dominant position in the social hierarchy.

According to Daly and Wilson, these factors have converged and made men more prone to aggressive retaliation in the face of minor provocations. In order to deter male rivals from aggression and to achieve a dominant status, men need to establish a reputation for “toughness” (i.e., that they are not vulnerable to mistreatment by others). Thus, even minor insults demand swift and forceful retaliation.

Consistent with this, crime statistics and laboratory experiments have both shown that men are more likely to respond to trivial provocations with extreme retaliation. A large proportion of murders can be attributed to men responding to minor provocations, but similar incidences are exceedingly rare among women and. Moreover, laboratory experiments show that priming status goals leads men (but not women) to be more physically aggressive in the face of minor provocations.

You often see the argument that the central political divide is social class, not race and ethnicity. If this were true, then we should see ... 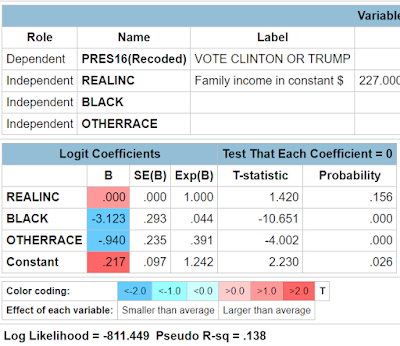